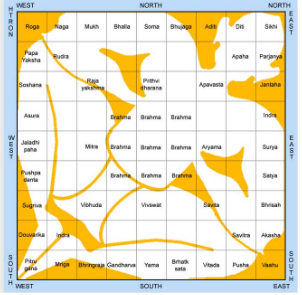 For knowing the uniqueness of the ‘VEDIC VASTU’ followed in India, Vastu practices  observed in other parts of the globe, need to be studied.  The indigenous vastu systems practiced else where,  do  rest  on particular holy places like holy ‘Mecca’ & holy  Bethleham.

For instance in ‘Islam’ provision like wash room shall not be placed in the direction of,  or looking towards,  the holy ‘Mecca’. As the ‘Mecca’ being a precise place on the earth, while going around the ‘Mecca’ for some the ‘Mecca’ comes in east, for some south, for some west & for some north. So depending on a  site choosen on the globe,  a wash room also changes from east, south, west & to  north.

Similarly ‘Bethlehem’ is the holiest place for Christians. In western countries, as per the indigenous vastu the location for a wash room changes from east, south, west & north, depending on the direction of  a site on the globe, with reference to the holy ‘Bethlehem’.

The Indian vastu system could be termed as the ‘VEDIC VASTU’.  The Vedic vastu depends on the concept of ‘ASTRADIKPAALAKAAS’ means eight cardinal gods for eight directions, correspondingly east, south- est, south, soust-west, west, north -west, north &north-east, which will not  change from place to place. So The vedic vastu doesn’t change from place to place on the planet. Harnessing of the energies of all the eight directions occupied by ‘ASTADIKPAALAKAAS’ is the real secrete behind the astrounding success of the ‘VEDIC VASTU’, world over.

The honourable supreme court of India pronounced that ‘Jyotisha sastra’ means Indian astrology as a science, of which the ‘Vastu’ is an integral part.

The truthfulness of Vedas could be cross checked from the angle of science. The advancement of science happened so far,  however a miniscule may be, even within  this solar family,  the science didn’t stand at the loggerhead with the Vedas. The Vedas did tell that universe is composed of many solar families, which the science realized of late. The concept of atom was prevalent in Vedas. Mentioning of an aeroplane in an epic ‘Raaamaayan’,  the first writing on ‘Pregnancy’ by Raavana Brahma & various astraas or weapon systems mentioned in an epic Mahaabhaarat are few examples. So when Vedas are found to be true, obviously being the derivatives the upavedas will become true. Astrology, vastu, yoga & ayurveda are some of the main upavedas.  It is but natural that where ever a faith exists, automatically superstitions also get into.  In order to gain a total advantage of Vedas, suprerstitions like sacrifices and segmentation of manind in the name of religion, caste etc. shall not be allowed to cropin into the systems.

The factuality of these main four upavedas could be easily  realized in the following way. For instsance an ‘ Astrologer’ tells about every feature of an individual based on the date, time & place of birth of an  individual concerned without seeing the individual concerned. The whole world is enjoying the fruits of the ‘Yoga’ after united nations’ adoption. Because of invasions on India for centuries, the Indian medical system ‘Ayurveda’ also has taken a beat.  Otherwise  India would have become not just the richest country but would have become the toch bearer of  the world in medicine with a leap forward. When the patent value of just one ‘Neem’ tree having a reference in Rigveda, is valued of many hundreds of crores, many still unexplored treasures are available  in ‘Ayurveda’,

The vastu’s rationality could  be understood by a fact that, on a visit to a property or a detailed plan of a property basing on the ‘vastu sastra’, I reveal the fortunes of the people concerned, an uncommon honor my guruji blessed me. When revealed fortunes are found to be true, the vastu -remedies for any vastu defects also must follow the suit.  But  vastu defects can’t be rectified by  Fengshui, Pyramids, Mirrors etc. as vastu is altogether on a different footing of the concept of ‘ASTADIKPAALAKAAS’.  It is like,  without fitting the breaks to a breakless vehicle hanging on to  Fengshui, Pyramids etc..

Serves any part of the globe

A family Vastu consultant, need to be engaged on the lines of a family doctor or a family auditor for a happy life and for overcoming any challenge. The honourable supreme court pronounced that astrology was a science, of which Vastu is an integral part. When astrology takes care of a single individual, Vastu takes care of a whole family.

Vastu has got its origin in Vedas, Mayasabha in Mahabarath, Ayodya in Ramayana and many more references, validate the Vastu. Without giving any room to superstitions. like Sacrifices, Religious and caste divides etc., with a rational, holistic and humanly approach, Vastu ensures happiness to every human being, cutting across all geographical, ethnic, break-ups, linguistic and caste divisions.

On a visit to a property or a detailed plan, I reveal the fortunes of the occupants of the said property,  based on the Vastu shastra.

Vastu being a science,  guarantees, success & happiness, terminating distress if any, through simple and cost-effective Vastu remedies. So the popularity of the ‘Vastu’ is not confined just to India, but the entire world.

The rationality of the Vastu also could be understood by a fact that Vastu applies to the whole universe alike, just similar to the concept of the god, as omnipresent and Omni potential, cutting across all the geographies, ethnics, languages, etc.

Why do wait further, rush to a good Vastu consultant for defeating the agony and improving the happiness. 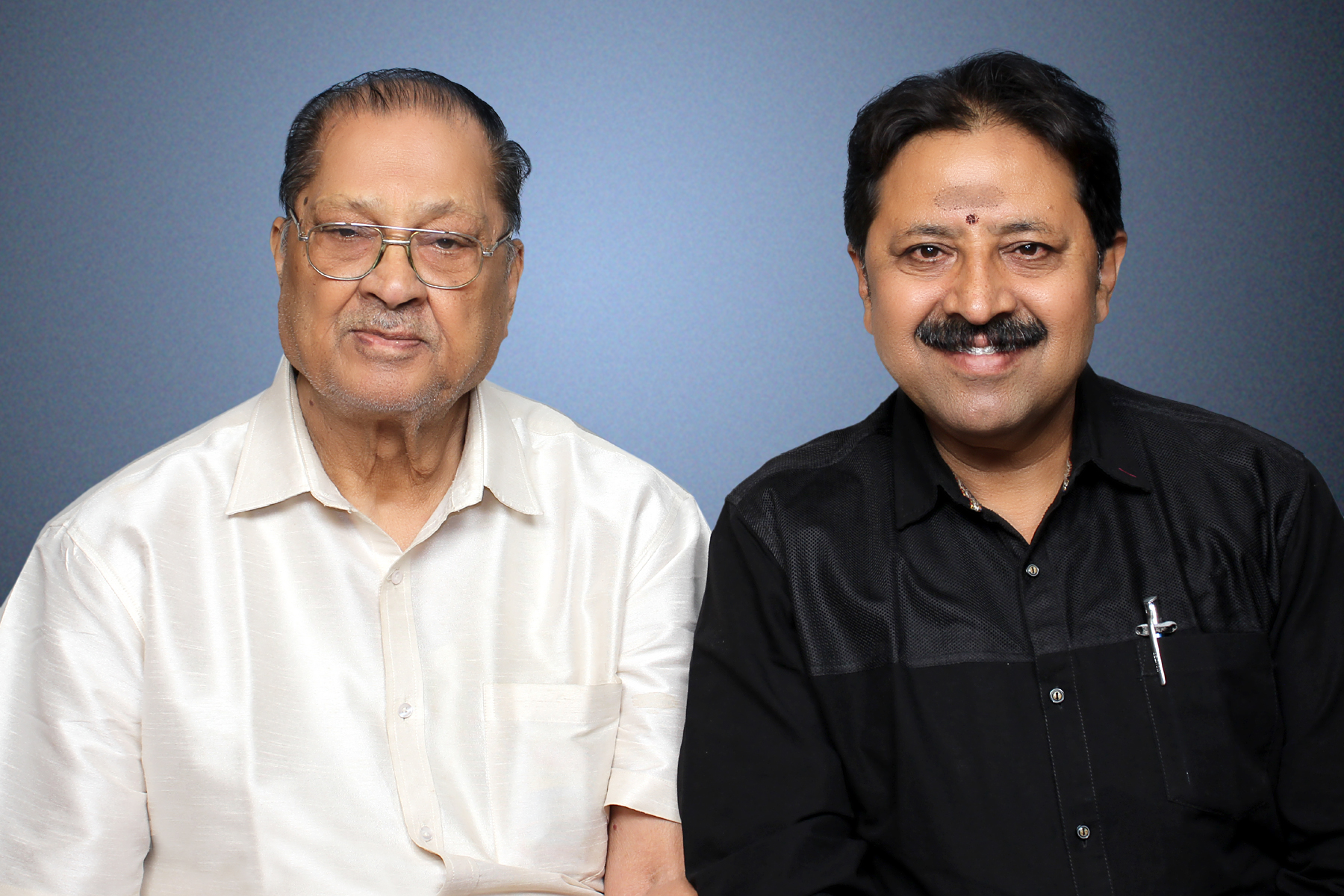 In addition to Vastu from a reputed university, my other academics are Engineering, Law, Science and Astrology. All through my experience in Vastu for two and half decades my mentor was ‘vastu brahma’ titled and one of the world’s top-most authorities on Vastu, late Sri Kasinadhuni Subrahmanyam ji.

To be categorical, I found out that Vastu being a science, gave relief from coming out of difficulties for many nationals. Simply a Vastu consultant is more than a doctor, an advocate a financial consultant and every stream of consultant affecting a person. I do offer my services both online as well as on-site. My only endeavour is to take the Vastu much closer to the man kind.

My experience in the fields of engineering, ventilation, illumination and fire safety, has given me an unique advantage in rendering my services to my clients. For having a social concern for sparing reasonable time to the clients, give limited number of appointments.

I give predictions, on my visit to properties or detailed plans. I also offer simple, parcticable remedies for most of the vastu defects found in various properties / projects. Resultingly my clients come out of the problems and reap the benifits of success. Since vastu is saving lives, I am continuing to be a vastu consultant, with out preferring other occupations, relevant to my academics. This credit goes only to my guruji late Sri Kasinadhuni Subrahmanyam ji & the “vastu shastra”. 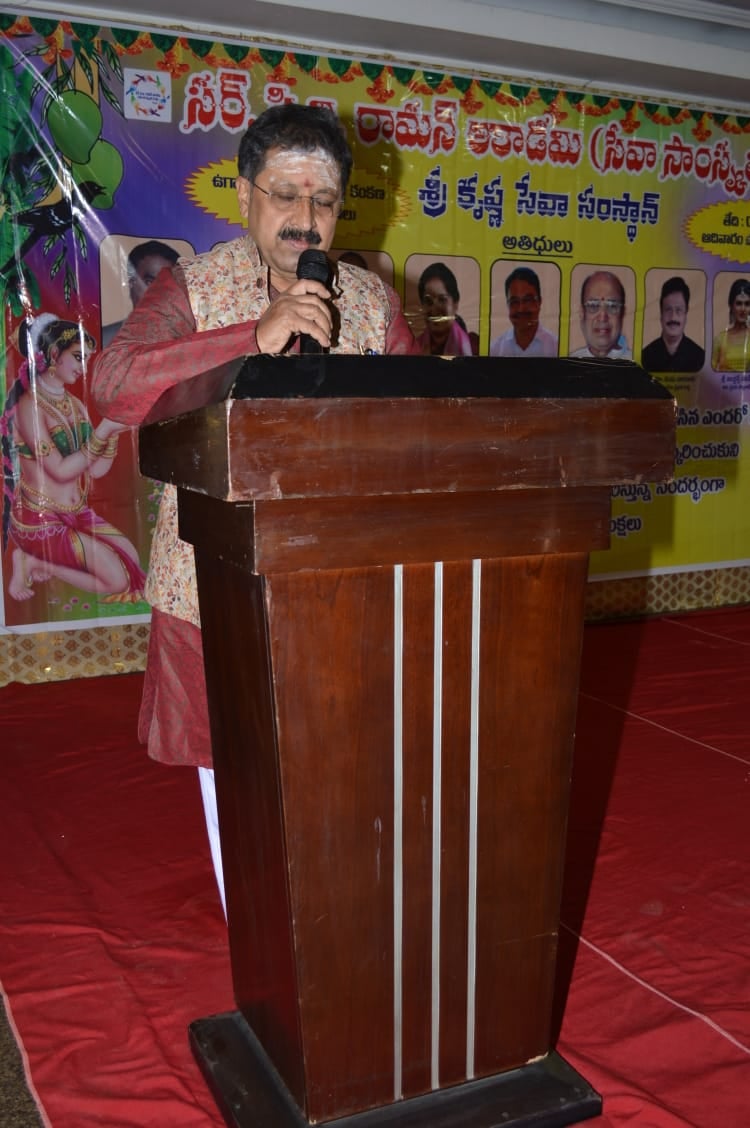 Looking for a Vastu Consultant?